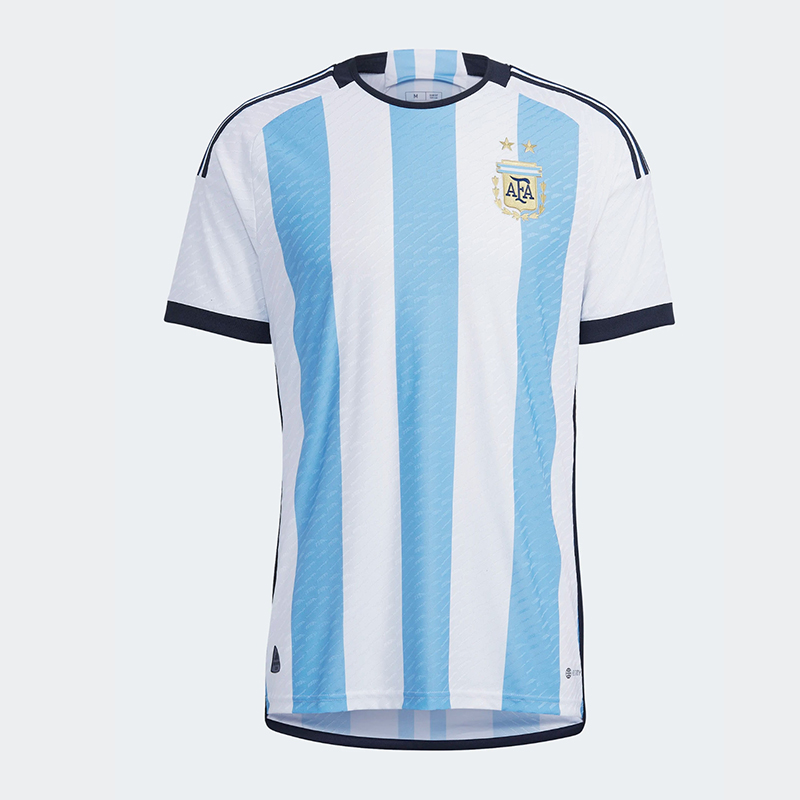 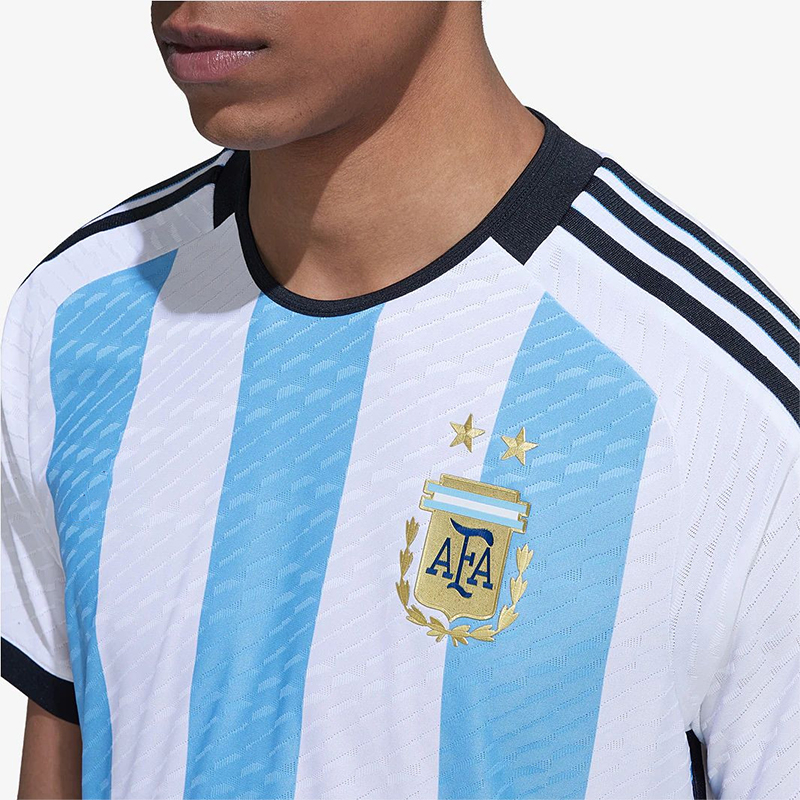 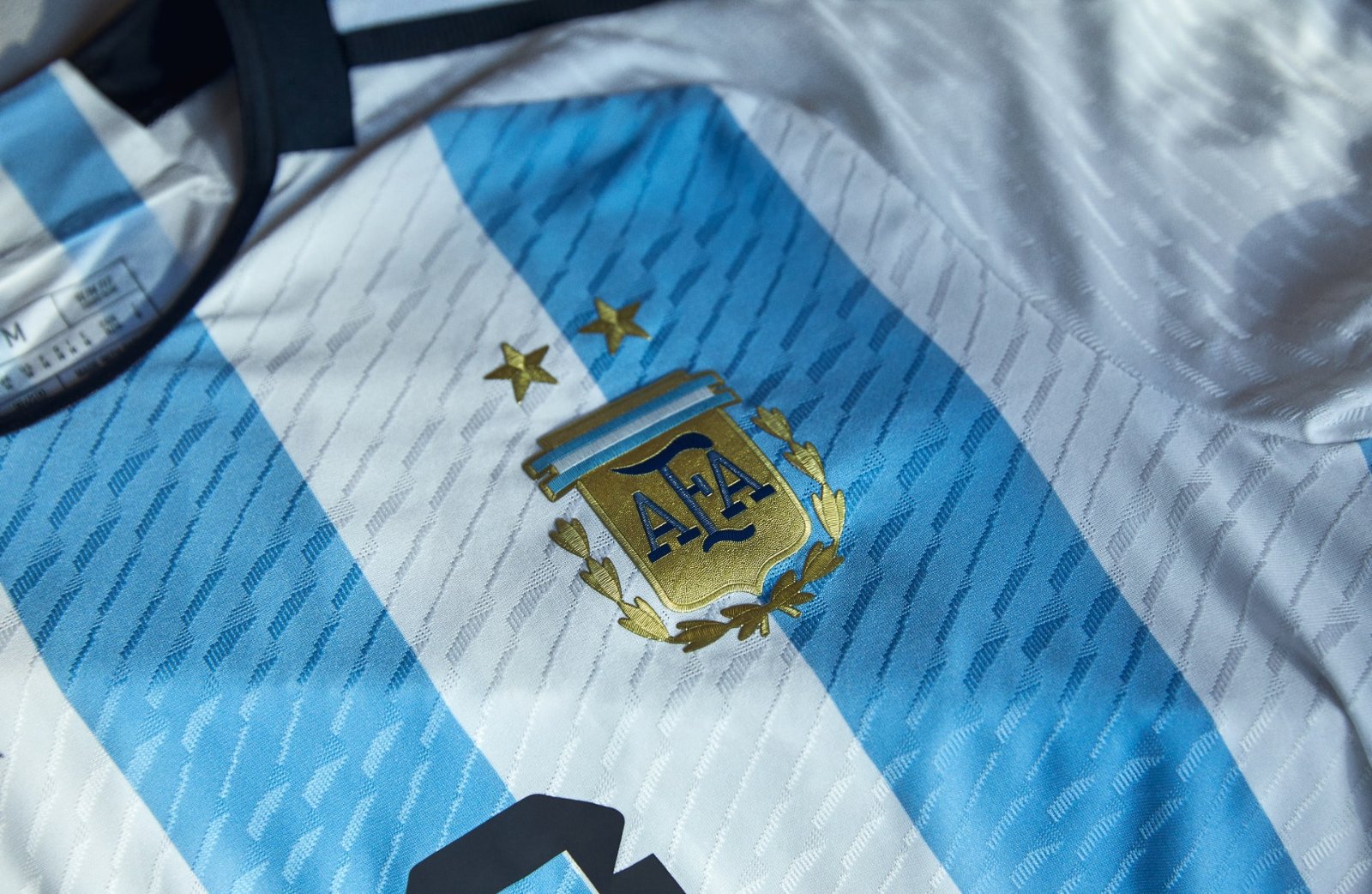 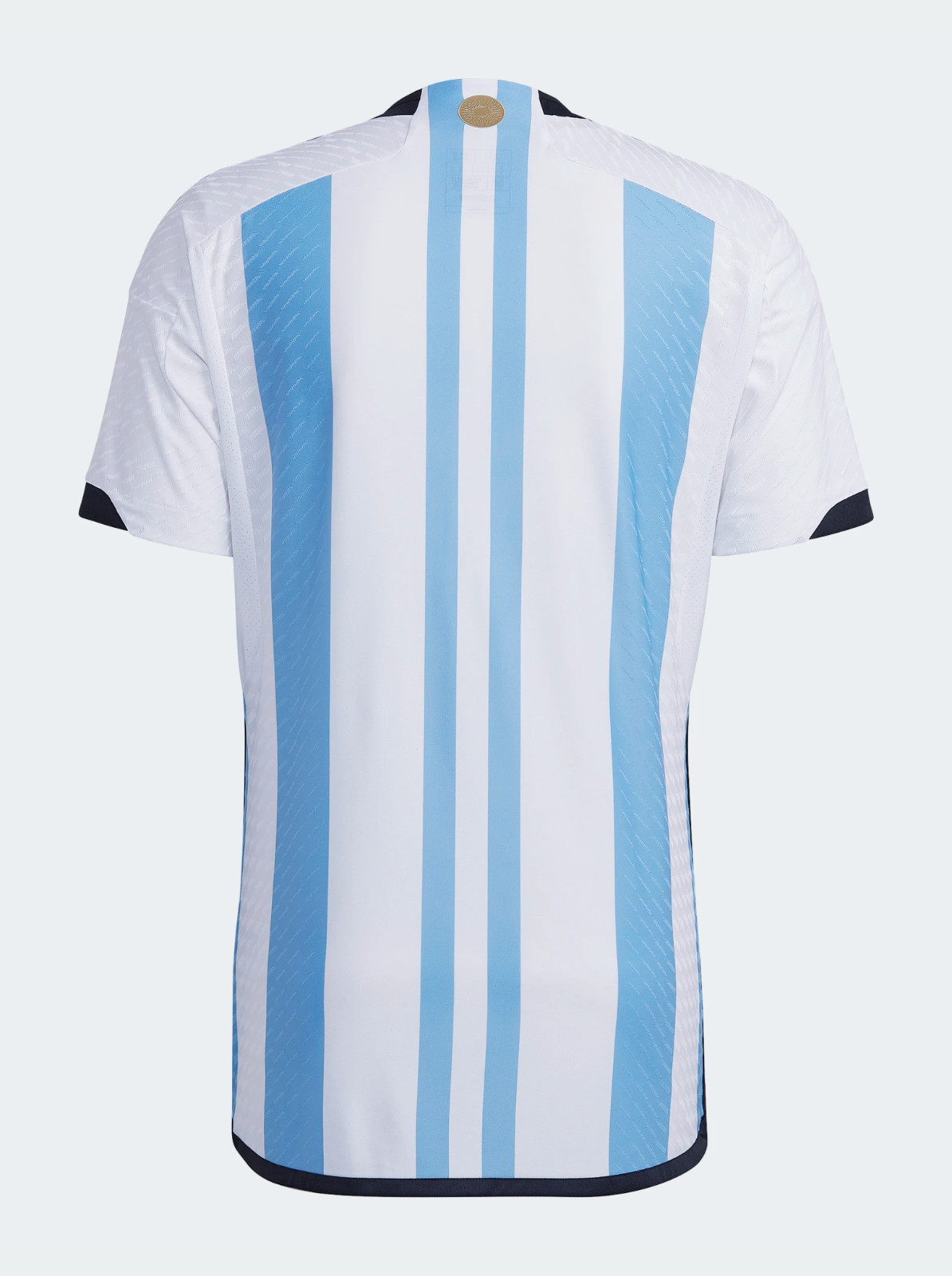 The new Argentina 2022 jersey is dominated by white The stripes on the new Argentina 2022 World Cup home jersey are classic, but only on the front. The back stripes are really unusual, not the same width, but two thinner sky blue stripes in the middle and two wider stripes on the outside of the jersey. These largest stripes are about three times as wide as the middle stripe. It should resemble the Argentine flag. Also based on the national flag, the Sol de Mayo, the national emblem of Argentina, appears on the back below the neck.